Today, Karma is a New York Times best selling children's author and is renowned for her ability to inspire young readers not only with her picture books but teaching them the basics of writing and rhyme. She came from a humble and modest childhood, raised by a single, but determined, mother who believed her only child was destined for something grand. For this reason she named her daughter “Karma” hoping that good karma would shine on her. This is her story.

Karma grew up in the back woods of North Idaho 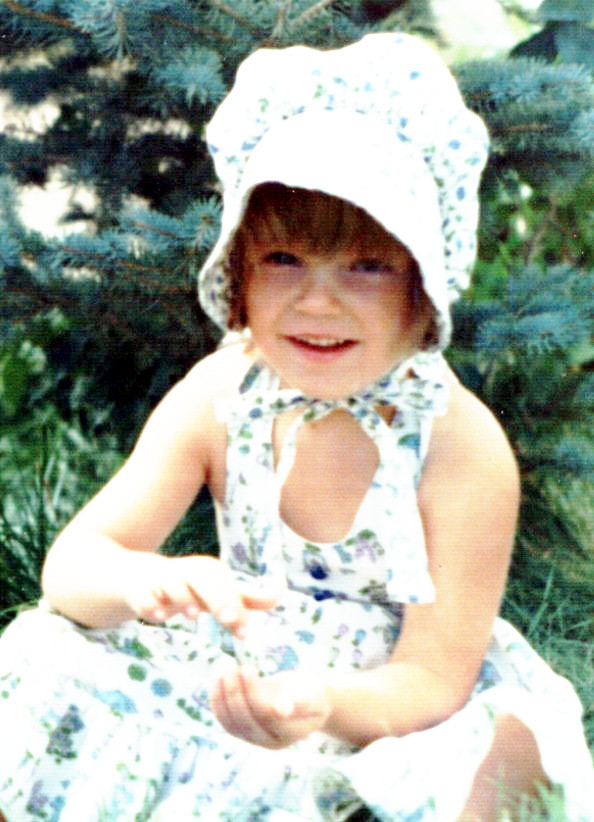 Karma Wilson grew up an only child of a single mother in the wilds of north Idaho. Way back then (just past the stone age and somewhat before the era of computers) there was no cable TV and if there had been, Karma could not have gotten it. TV reception was limited to 3 channels, of which one came in with some clarity. Karma did the only sensible thing a lonely little girl could do…she read or played outdoors.

Playing outdoors was fun, but reading was Karma’s “first love” and, by the age 11 she was devouring about a novel a day. She was even known to try to read while riding her bike down dirt roads, which she does not recommend as it is hazardous to the general well being of the bike, the rider, and more importantly the book. Her reading preference was fantasy (C.S. Lewis, Terry Brooks, etc…) and historical fiction (L.M. Montgomery, Laura Ingalls Wilder, etc…). Those preferences have not changed much.

She thought writing would be boring

Karma never considered writing as a profession because her mother was a professional writer which made it seem like boring and mundane work. At the age of 27 she realized that she still loved well written children’s books of all kinds, from picture books to young adult novels. By that time Karma was a wife and the mother of three young children. Trips to the library with her children were a combination of emotions…when they got a good book there was fun to be had by all, but so many of the books weren’t what her children wanted to listen to.

Then a tax refund changed everything. With the money the family decided to invest in a computer. Karma was forced to learn to type. Combining her desire to make the expensive computer pay for itself, her newfound typing skill, and her love of children’s literature, Karma started writing for children. She wanted to put a few more good books on the library shelves and pay off that computer! Countless rejections and three years later Karma was finally accepted by book agent Steven Malk (who had already rejected her once, which she never lets him forget). Her first book, Bear Snores On, was released in 2002. The computer was paid for!

She's had more than 40 books published

Since then Karma has had more than 40 books accepted for publication. Many of those are on the shelves of libraries and bookstores around the world. Her books have received numerous state and national awards, been translated into dozens of languages, and a few have made an appearance on the New York Times bestseller list. Karma sincerely hopes that her books bring joy to children and families everywhere.

She continues to pursue her dreams

Karma writes humorous, rhyming picture books for the very young and books that share her enthusiasm for life in a fun, understandable way with the youngest readers. Karma is also pursuing her love of outrageously silly but sometimes philosophic poetry for older children (i.e. Shel Silverstein) and has published two books of a simelar genre What’s the Weather Inside and Outside the Box

These days Karma lives on her Montana ranch with her handsome husband Scott, an awesome photographer, and her two cats, Rosie and Chica. Her two boys, Michael and David, help out at the Wilson ranch on weekends and her daughter, Chrissy, with husband, Levi, and the newest member of the family, Chloe, visit them often. Karma's hobbies include reading (of course), photography, baking, and being a grandmother to the brightest, most beautiful grandaughter in the world, Chloe!

"My life did play out as good karma, after all," says Karma, "and may all my young reader's lives be filled with good karma too!"

Please visit my personal facebook page for pictures of my family and our many silly and fun family antics.